Worth its weight in gold, literally. Cordyceps has earned its place in the medicinal mushroom hall of fame thanks to unique compounds that give the ascomycete fungus its energising, restorative and uplifting benefits. In Traditional Chinese Medicine, Cordyceps is seen to possess both Ying & Yan – nourishing and invigorating properties.

– Sustainably Grown in the UK

UK-grown Organic Cordyceps tincture, comprehensively extracted by us at our lab on the farm in Somerset.

We are the only organic certified medicinal mushroom producer currently in the UK.

Traditional healers in Sikkim recommended Cordyceps for 21 chronic ailments – including lack of energy, endurance, and stamina. A 2010 double blind placebo trial testing the maximal incremental exercise performance of 20 elderly people supplementing with Cordyceps for 12 weeks affirmed traditional usage through a new lens – with metabolic threshold improving by an average of 10.5%.

Known as “Himalayan Viagra” the use of Cordyceps as a natural aphrodisiac spans well over 1000 years. Researchers from Materia Medica in Beijing found Cordyceps contributed to an 86% rise in female libido – and another study concluded that Cordyceptin (an active compound unique to Cordyceps) greatly improves testicular dysfunction in males. Cordyceps also appears to have an antidepressant-like effect, with research suggesting this it may activate dopamine receptors. More research is needed, but studies from multiple sources suggests Cordyceptin may be responsible for alleviating some of the common symptoms associated with depression and menopause.

‘Cordyceps’ comes from two Latin words: cord meaning club, and ceps meaning head. The specific epithet militaris comes from Latin and may refer to the way this fungus attacks and occupies in the wild.

Himalayan legend recalls that native herdsmen in ancient Tibet observed yaks becoming energised and sexually active after chewing on a strange fungus found in the grasses. Cordyceps finally shot to fame in the 90’s when the Chinese Women’s team in the National Games broke 9 world records by substantial margins. After rigorous drugs tests – it turned out it was in fact Cordyceps mushrooms that were responsible, rather than steriods or chemical stimulants

The UK’s only Organic certified Cordyceps Mushroom tincture. All our mushrooms are grown on an organic mushroom farm in the green county of Somerset UK and are certified by the Soil Association. Our organic medicinal mushroom tinctures are triple extracted with distilled water and organic UK ethanol, on the very same farm the mushrooms are grown on. –

We carry out two hot water extractions and a final organic ethanol extraction to give you access to all the bioactive compounds that are responsible for Cordyceps energy enhancing, immuno-modulating, and performance capacity. Many capsules and supplements are shipped across the world in powder form as it is a more commercially viable way of transporting extracted products, however, our tinctures are prepared on-site at a 1:5 ratio (1g of mushrooms to every 5ml of water). Tinctures have a longer shelf life than capsules, provide a faster absorption rate, enable flexible dosage, and are easy to prepare by simply taking one squeeze of mushroom tincture twice per day either directly under the tongue or into a short glass of water.

Each bottle of our organic Cordyceps tincture contains 128g of Cordyceps fruiting body*. Our Cordyceps is grown on our organic mushroom farm, where we also prepare the tinctures and pack the orders – meaning origin can be traced back to one location with absolutely no tampering by third parties. Because our supply chain is so much shorter, and we prepare our tincture in comparatively small batches, you can be sure that the extracts you buy from us haven’t lost bioactive compounds due to sitting around for a long time or being shipped halfway across the world. *fresh value

Known Contraindications:
We recommend speaking to a qualified medical practitioner if you are on any medication and unsure of how it may interact.

Be the first to review “Organic Cordyceps Tincture” Cancel reply 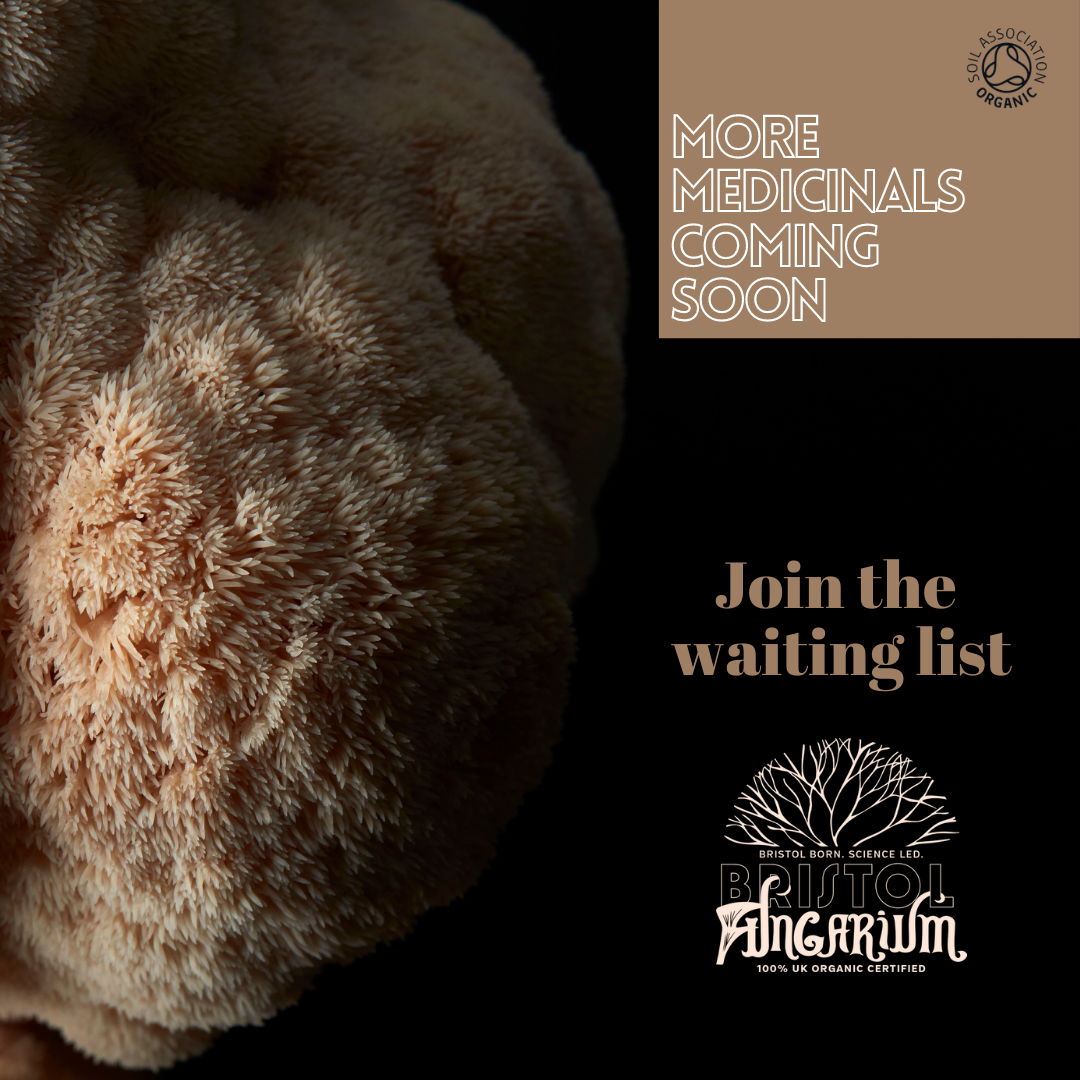