How Should You Take Yours?

When it comes to medicinal mushroom extracts, it’s hard to know from first glance what’s best – tincture or capsule?

It was only a matter of time before medicinal mushroom supplements started to hit the headlines. After all, they’re packed with nutritional compounds that offer a wide range of health benefits. In addition to being a rich source of vitamins and minerals, mushrooms are known for their anti-inflammatory and immune regulating properties – and goodness knows we’ve realised the importance of a healthy immune system during this little chapter of human existence!

As such, over the past 2 years – from California to London and beyond – we’ve seen a huge rise in companies jumping on the shroom wagon – with capsules, tablets, powders, and tinctures, to ready-made drink blends and even mouth-sprays all making a splash in the wellness scene.

In this blog post, we will compare tinctures with other powder-based supplements, and explain why based on the *science* tinctures are generally better… Even if we are a little biased.

Tinctures are one of the oldest forms of medicine, and they're also the most bioavailable way of taking herbal or mushroom supplements. Our tinctures are triple extracted at a 1:4 ratio - the ratio being representative of the amount of dried mushroom to liquid that is used in the final product - so in our case for example, there is 1g of dried mushroom to every 4ml of liquid. The highest ratio generally available from Chinese suppliers is 1:8 (or half as potent as our tinctures) but a large proportion are 1:20 - we’re not gonna lie, it’s a much better business strategy financially speaking!

In our case, the first extraction of our tinctures is done at 65c for 30 hours in 100ltrs of water, which slowly evaporates off at 59C for around 36 hours to bring it down to 3.2ltrs. The second extraction is done under pressure at 15 PSI / 122c for 3 hours in 40ltrs, which we then evaporate down to 0.8ltrs. And finally, the third extraction is done using 97% organic UK-sourced ethanol in 5ltrs and taken down to 1ltre over 5 weeks (this step extracts the triterpenes, phenols, and acids that are not water-soluble). These extractions are then very slowly homogenised and, boom! The final tinctures are ready to make the world a healthier place Due to the alcohol content in tinctures, they're also one of the more shelf-stable forms of herbal medicine, making them a convenient option. That said, even though a shelf stable product might remain safe to consume after a prolonged period of time - that doesn't mean it hasn't degraded within that time to a shadow of its former medicinal value. Interestingly – when it comes to tinctures such as ours, it’s the very same alcohol that extracts and preserves important compounds that is responsible for the degradation of others. It’s a little known and seldom talked about topic, but medicinal supplements, powders and capsules, slowly degrade. Generally, the higher the quality of the supplement, the longer it’ll maintain potency. But as a general rule of thumb we tend to advise people to finish a bottle of our tincture within 6 months to ensure they’re taken at their peak – or before some of the beta glucan content starts to lose efficacy.

When it comes to extract powders – a similar process is undertaken in that you have to first extract into water and alcohol before making the powders. The vast majority are processed on an industrial scale predominantly in China, and while the difference is not huge, it is notable. Normally the water extracts are done at 80c, which is run 3 times using the same dried mushroom, and the ethanol extraction is then performed with a lower alcohol content (having huge quantities of highly flammable 97% ethanol is particularly dangerous in a large-scale manufacturing environment, so they tend to use a 50-60% ethanol for this).

We on the other hand make our extracts in small batch runs, so every bottle is packed with freshly made, date-stamped, triple extracted 1:4 tinctures that haven’t degraded due to sitting in transit for thousands of miles, or finding themselves on warehouse shelves for possibly years on end. 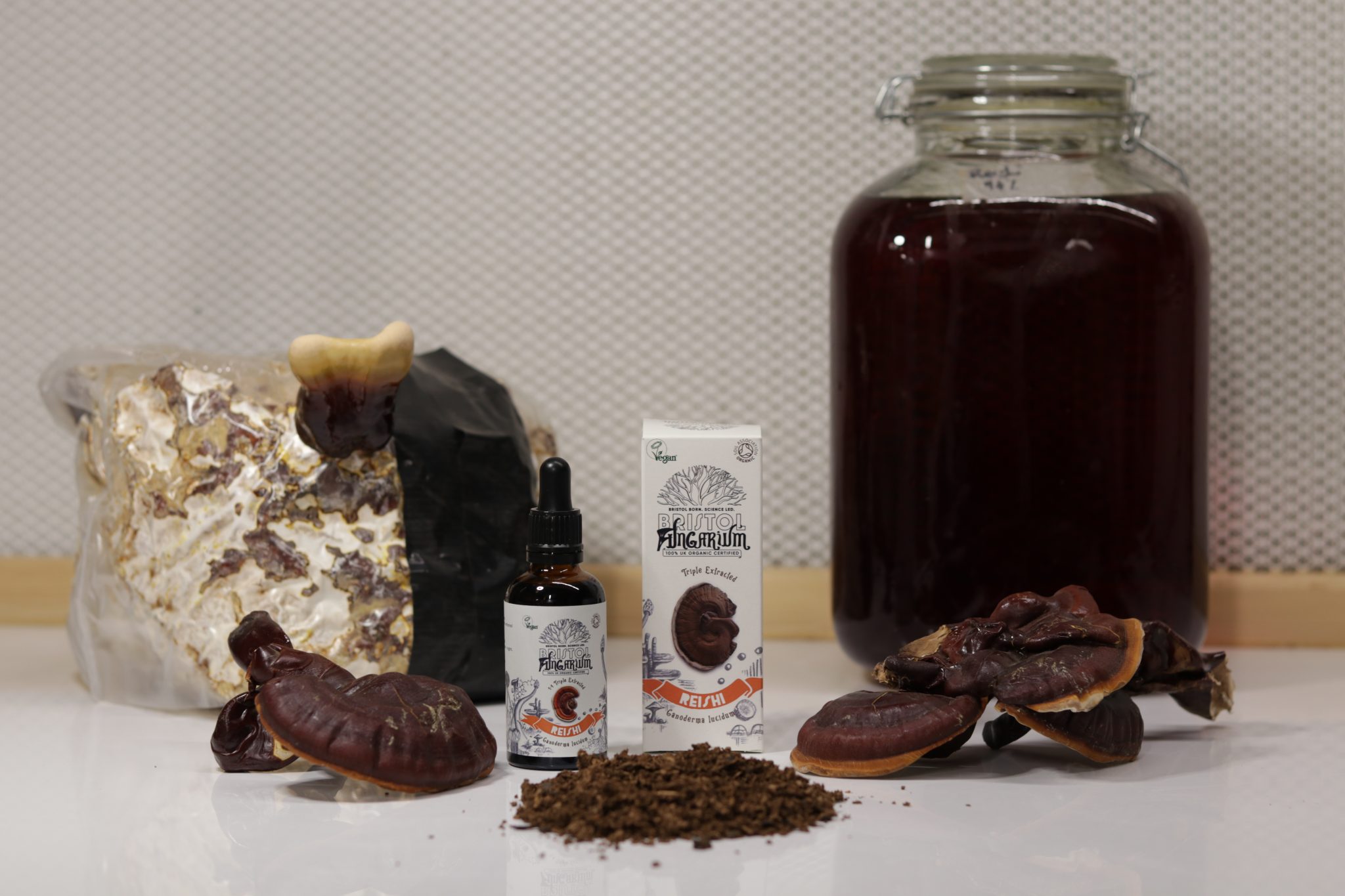 So how do our tinctures compare to their powder-based counterparts?

These days, it’s pretty common to pop a pill – or a capsule – to get our daily dose of vitamins and minerals. So, if you’re like most people, you probably take a supplement or two – or maybe even more. But have you ever stopped to wonder what, exactly, is in those capsules?

It turns out, there’s a lot more than just the active ingredient in there. In fact, most capsules contain a mix of different substances, designed to hold the active ingredient and keep it stable. It should be noted again that in order to get to a powdered extract – a tincture has to first be made and then spray-dried onto something capable of holding the tincture in powder form.

In fact, the majority of powders and capsules out there are actually just fillers! That’s right – the vast majority of so-called “active ingredients” are actually inactive, inert bulking agents like maltodextrin. Even worse, these fillers can actually interfere with the absorption of the few active ingredients that are present. So why do supplement companies use them? Because it’s cheaper to ship supplements around the world in powder form – and they make it easy to bulk up products without having to increase the dose of the active ingredients. So next time you’re looking at a supplement, make sure to check the label for fillers – and if you see maltodextrin, put it back on the shelf. Your body will thank you. 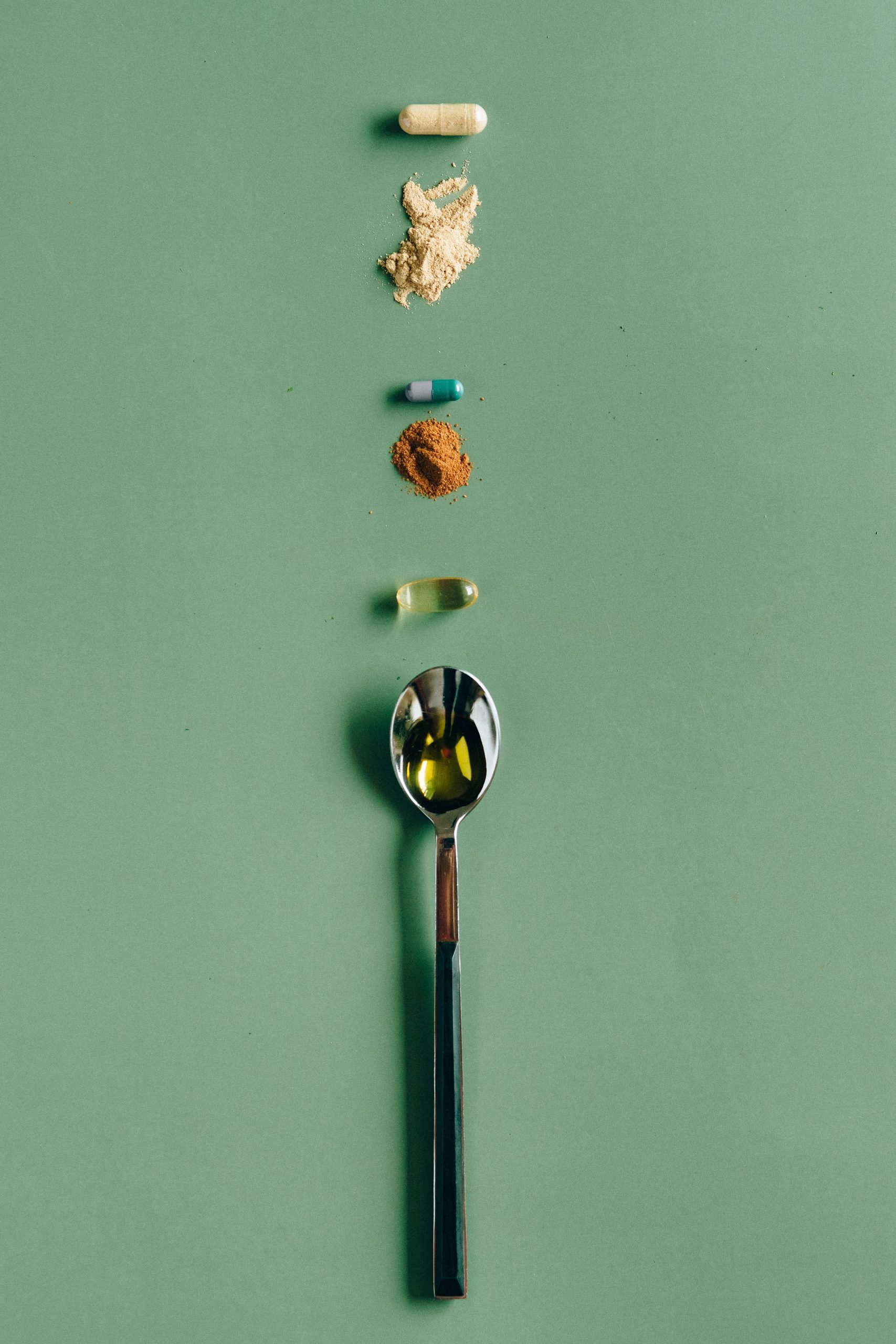 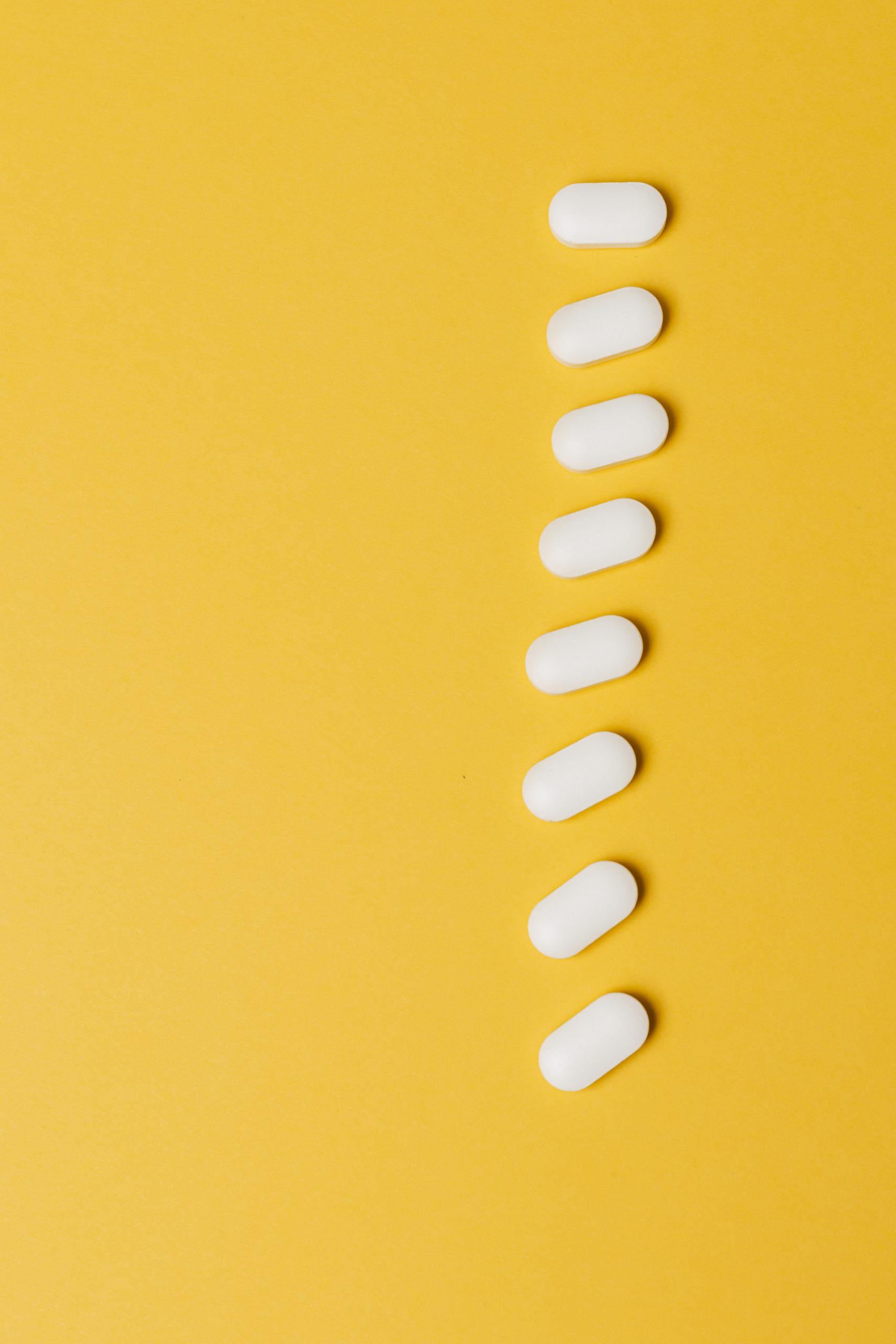 So What Exactly Is Maltodextrin?

Maltodextrin is a complex carbohydrate derived from maltose – AKA sugar, its odourless, flavourless and dissolves quickly in water, making it ideal for hiding in our favourite products. It also has a high glycemic index meaning it’s absorbed into the bloodstream quickly – which can cause spikes in blood sugar levels (hence it’s often used as a food additive). It’s worth noting that maltodextrin is generally derived from genetically modified corn, so if you’re trying to avoid GM foods, it’s something to be aware of. In short, it ain’t great – but at least we know what it is now.

Unfortunately, here in the UK companies do not have to state the quantity or even use of maltodextrin at all – so it’s impossible to tell whether it’s actually in a capsule, powder or tablet – or how much. This enables companies to claim their powders are 100% mushroom extract whereas in reality they’re far from it, and based on lab tests of thousands of supplements on the market – maltodextrin is the cornerstone of many a hangover cure and fitness supplement, which generally contain between 40% – 80% maltodextrin! Stay informed, folx.

Some of the better quality companies out there will reuse the dried mushrooms left over from the extraction process and micronise to 5 micron, in order to use that as part of the binding substance, but bulking agent is still required for the majority of the heavy lifting.

The other downside to extract powders is that a huge surface area has to be created during the process – which allows for oxidisation to take place quite rapidly – in turn degrading fragile long chain polysaccharides – in particular the beta glucans. Based on clinical studies to date, these appear to be the major compounds of interest from a human health perspective. 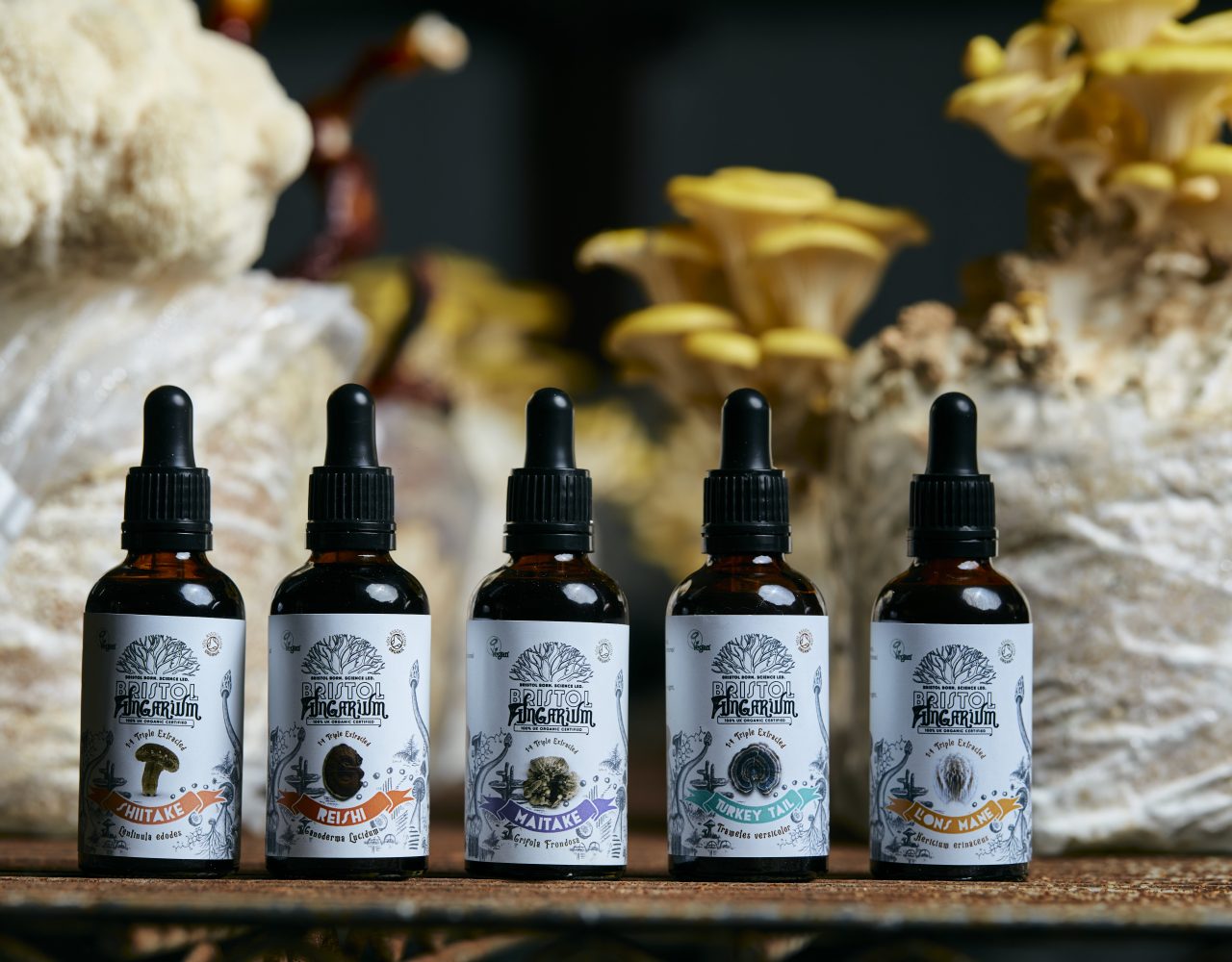 It might not be a simple explanation, but it’s well worth it if it helps to keep you informed of the realities of an unregulated space – and in turn make better decisions for your health. Thanks for bearing with us on what became quite a lengthy read back there! Let us know your thoughts in the comments 👇